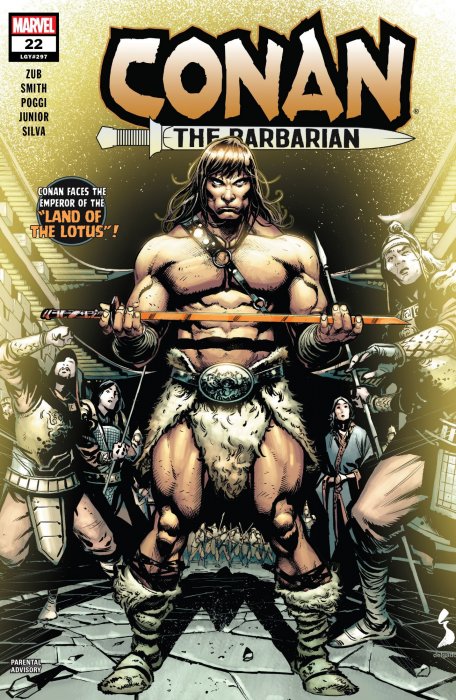 Publisher: Marvel Comics
Series: Conan the Barbarian Vol. 3
Language: English
Date: 2021
Number of pages: 26
Format: CBR
Add favorites
00
Conan tries to save an old companion soldier from a band of brigands but Rolph is killed by a knife throwing brigand leader, Zark. Conan attacks and kills all of Zark's brigands and cuts Zark's right hand, takes their gold and leaves the place on one of their horses. Zark falls unconscious. After a while three people show up at Zark's campside with their leader, Razek, wearing a mask. They revive Zark and come to know that Conan did this to him. All three were Conan's old foes who had fought

Conan at some point in a battle and now are after Conan to take their revenge. Razek wears a mask because Conan's sword left a large cut at the center of his face. Drand's leg was cut off by Conan and he wears an artificial leg with a blade. Razek makes Zark an artificial arm that can launch knives. All four go after Conan and encounter him in a farm house in a desert owned by a couple, John and Relva. They attack Conan and after a long fight, Conan, who is recovering from fever, was able to kill all four. During the fight John is also killed by Zark's knife. Conan leaves the place leaving bags of gold for John's wife Relva. 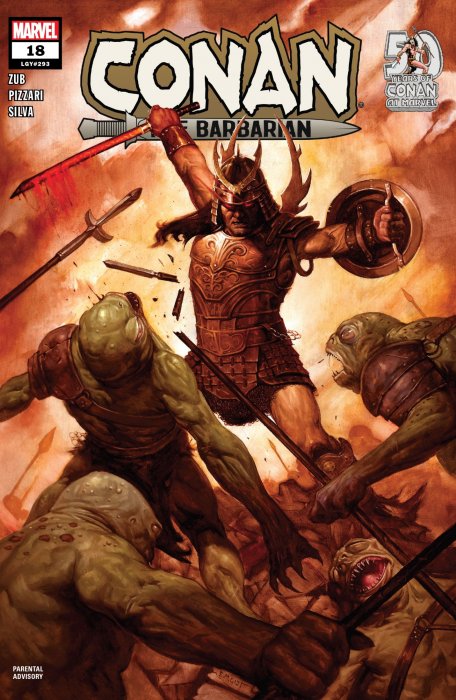 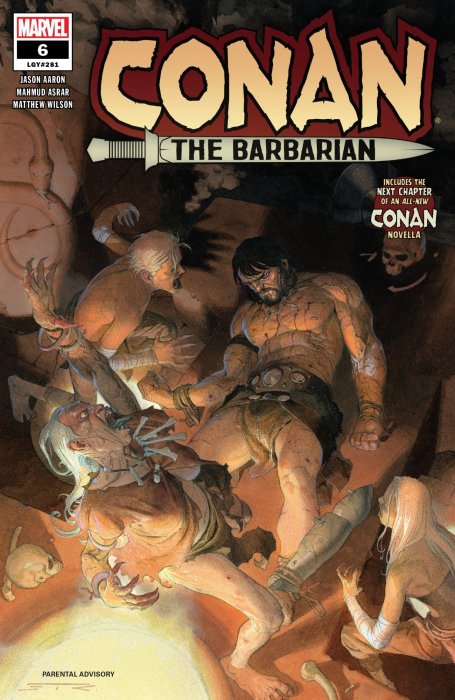 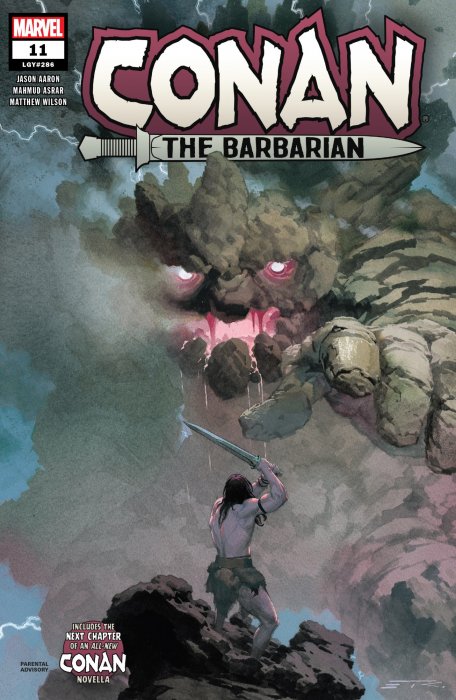 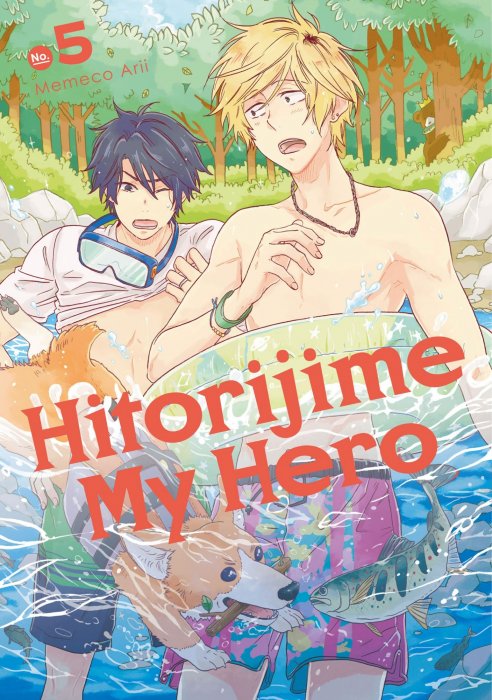 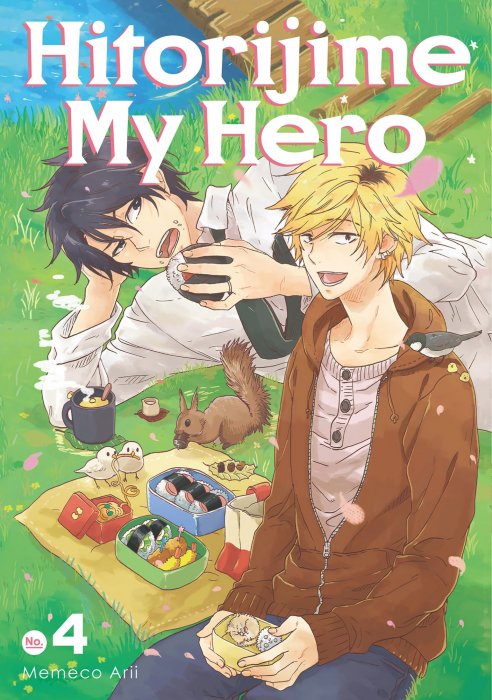 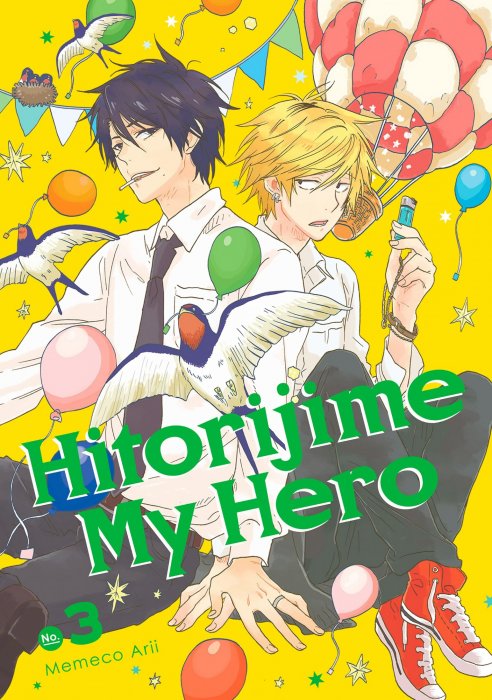 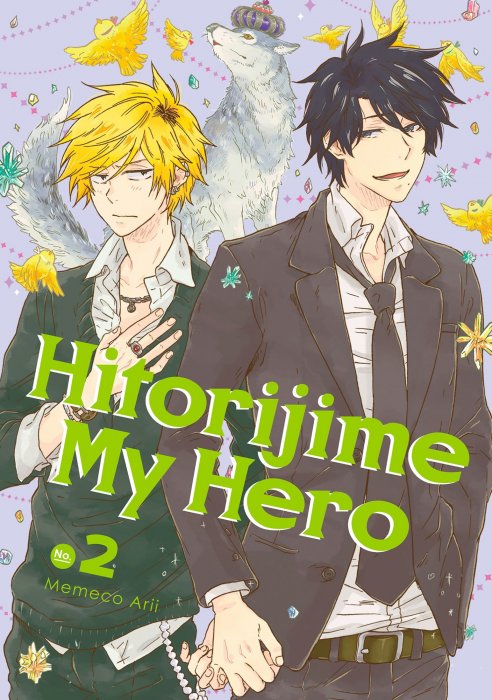 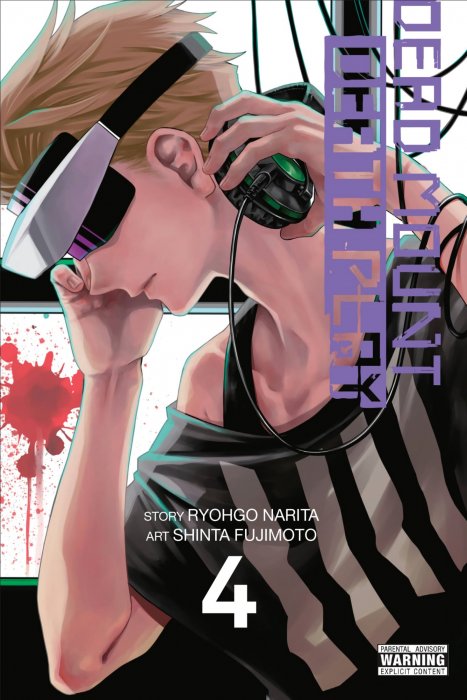